Posted on March 1, 2014 by PlanetPrisoner

GREAT news for the Pelletier family.

Posted on February 27, 2014 by PlanetPrisoner 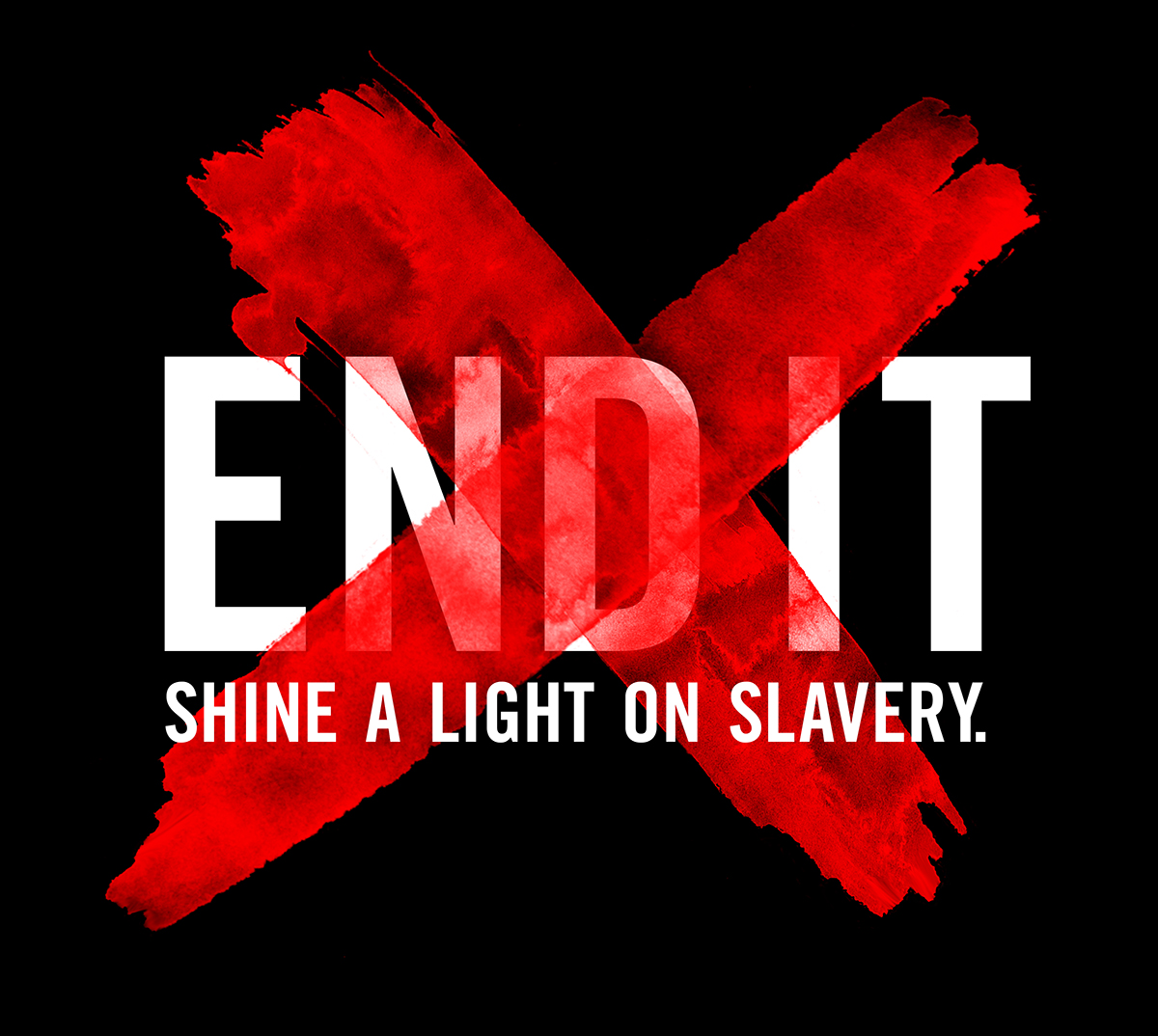 Let’s be the generation to stand up for the 27 million men, women and children trapped in slavery around the world today. In brothels. In factories. In mines. On street corners. In homes. In the shadows, hidden. Yet out in broad daylight, in plain sight here in America. Stand with us. Raise your voice. Use your influence.

Let’s put the hammer down on those who live to control US.

IRS Warns: Obamacare Tax Must Be Paid with Tax Return

Posted on February 25, 2014 by PlanetPrisoner

President Obama’s Internal Revenue Service today quietly released a series of Obama-care “Health Care Tax Tips” warning Americans that they must obtain “qualifying” health insurance – as defined by the federal government – or face a “shared responsibility payment” when filing their tax returns in 2015. The term “shared responsibility payment” refers to the Obama-care individual mandate tax, one of at least seven tax hikes in the healthcare law that directly hit families making less than $250,000 per year.

Posted on February 25, 2014 by PlanetPrisoner

Linda Pelletier fainted in the corridor outside the Boston Juvenile Court and was taken away on a stretcher to a local hospital. Her husband, Lou Pelletier, occasionally erupted into angry shouts. Reporters were restricted from the fourth floor of the Brooke Courthouse, where a hearing on Justina’s case was held, but could see the Pelletiers from a fifth-floor balcony across the courthouse atrium.  Department of Children and Families wants to place their teenage daughter in foster care on Boston’s North Shore, according to a minister who represents the family.

According to a report issued by the US Department of Health & Human Services, Children’s Bureau, THEIR OWN STATISTICS show that although the rate is decreasing,  ‘…In 2011 there were approximately 742,000 instances of confirmed child maltreatment‘, while in foster care.

One issue before the judge in today’s hearing was whether Lou Pelletier should be held in contempt of court for violating a gag order. The teen’s father has recently given media interviews in which he expressed frustration with the quality of care his daughter is getting while in DCF custody, care that he has asserted has been nearly fatal for her.

The Pelletiers’ primary attorney declined comment, citing the gag order.  Mathew Staver, founder of Liberty Counsel, a conservative nonprofit legal group, said he now represents the Pelletiers in their effort to end the gag order imposed by the judge. He said the DCF was given two days to tell the judge whether they oppose allowing Staver to enter the case.  ….story posted @ boston.com

One year after Justina Pelletier was locked into a psychiatric ward at Boston Children’s Hospital, doctors, lawyers, and family members are still struggling to answer the question—is this teenager really in pain?      WWW.FREEJUSTINA.com

other stories across the nation regarding Justina:

Posted on February 20, 2014 by PlanetPrisoner

15 year old Justina went to Boston Children’s Hospital to be treated for the flu and 10 months later she is still in the hospital. Her parents were escorted out of the hospital because they disagreed with the diagnosis. You see Justina has Mitrochondria but Children’s Hospital says that her problem is psychological which is in direct opposition with her doctor from Tufts Medical Center. They refused to let her parents take her to any other hospital. In the meantime, they are using her as a guinea pig and filling her with drugs. Justina‘s health has now deteriorated. She cannot walk but must be in a wheelchair.

After breaking a gag order and speaking to Glenn and TheBlaze on Monday, the Massachusetts Department of Children and Families (DCF) filed for Lou Pelletier, the father of 15-year-old Justina Pelletier who is being held against her parents’ will, to be held in contempt of court, a family source told TheBlaze.
Here is a video of the story.

“I will tell you that in a meeting I had this morning, I said: I don’t care if only four people read the story. I want this to be the lead story on TheBlaze from hereon out.” Glenn said on radio this morning. “Find every reason to talk about it. Turn over every stone. Show me everything that people can do and are doing. Put it in there. I don’t care if nobody’s reading the story. This is the most important story to me because you have a chance. You have the opportunity to save a woman’s life.”

Posted on February 20, 2014 by PlanetPrisoner

Here are some recent pics of the skies in Nashville.

There is a great video on YouTube titled: What in the World are They Spraying! …we ARE under an environmental / social attack.  Our air, water, food, school books, news streams….are all polluted.  Agenda 21 and the Trans-Pacific Partnership are main culprits in this global attack upon the citizens of our planet.

Posted on January 29, 2014 by PlanetPrisoner

State of the Union…..’where’s my boots?

Posted on January 29, 2014 by PlanetPrisoner

Here is what John Galt had to say about tonight’s dog and pony show from the beltway.

We need a Patton to lead the troops into the beltway and throw the bums out!

if Nelson Mandela said this, then….why?

Posted on January 9, 2014 by PlanetPrisoner

“IF YOU LOOK AT THOSE MATTERS, YOU
WILL COME TO THE CONCLUSION THAT
THE ATTITUDE OF THE UNITED STATES OF
AMERICA IS A THREAT TO WORLD PEACE”

….Then why has the US media and regime made this man to become such a man of ‘peace’ ?

This WAS spoken of Nelson Mandela.  thePlanetPrisoner does recognize that Mandela had spent life in solitude and imprisonment…for his actions and beliefs, unknowing to all about just exactly what type of brainwashing happened to Mandela during this time….  BUT his actions and beliefs before imprisonment were extremely violent regarding true freedom.  Have we forgotten the 1986 practice of Winnie Mandela of  ‘Necklacing’ or ‘Horse-collaring”…here is here quote: “With our boxes of matches and our necklaces we shall liberate this country”!!.   WTF?? Nelson Mandela supported this practice which happened over and over again.  After decades in captivity, most in solitude….just exactly what WOULD happen to one’s mind….?

My friends….we MUST understand that we are being given a ‘line of bull’.  I do submit that atrocities were committed in Rwanda, which was Mandela’s cry in 1994, but that cry was a bit late in crying.  …and thePlanetPrisoner also recognizes that the US government simply walked away from the atrocities which occurred in Rwanda….and I pray for this country [USA] for doing literally nothing.  But what would one expect of a country which, itself, committed a ‘Massacre at Wounded Knee‘

WE MUST ARRIVE TO A PEACE IN 2014…..or we shall understand that we have  fallen into the demise that has seemed to be predestined in HIS word.  I truly think that America IS the new Babylon.  May God have mercy upon our world leaders, and may it be HIS will to open the minds and eyes of the citizens of the World…. leading us into an understanding of what is happening NOW, and a realization that it is nothing more than what has been happening since the day that Christ challenged the moneychangers [bankers of the time] and within 2 weeks…HE was hammered onto the boards that were jammed into a hole in the ground

is this any reason to kill govenment agents?

Watts Up With That?

Rescuers in Antarctica have safely transferred all 52 passengers stranded on the ice-bound research vessel Akademik Shokalskiy. The Shokalskiy has been trapped since Christmas Eve. Its 22 crew are expected to remain on board to wait until the vessel becomes free. The ice-bound research vessel has been trapped since Christmas Eve. One of the aims is to track how quickly the Antarctic’s sea ice is disappearing. —BBC News, 2 January 2014

New York Gets The Communist Leader It Deserves

New York welcomes their communist Mayor amid gleeful populist adulation and a “controlled” celebration. Welcome to full-blown, unmasked communism in the Big Apple – red, juicy and rotten to its Progressive core. Hundreds lined up to glimpse their Dear Leader. They braved the elements for hours to just catch a glimpse of their anointed one. Congrats New York… enjoy surfing the spiral down into abject chaos and misery. You’ve earned it.
Could the fawning and fake accolades get any deeper or crappier? Let’s see, shall we?

What’s left of liberty in America faces a choice: subjugation to Collectivist tyranny, bloodshed in resistance, or going our separate ways.

The time has come for a divorce from Ruling Class Collectivism and tyranny.  You will hear the argument that this was tried before and is a non-starter.  Well, refusing to consider a divorce means you agree to be subjugated, abused, raped, pillaged and every aspect of your life regulated by MarxoFascist government.

Walter E. Williams has an excellent argument about why separation is necessary.  Where I disagree with his assessment is the historical fact that NO TYRANNY EVER ALLOWS THEIR PEOPLE A SEPARATION.  Never.  Not without massive bloodshed in the all-out effort to eliminate and destroy those who want to escape government tyranny and live in peace.  The DHS stockpiling 1.6 billion rounds of hollow-point ammunition, staging thousands of MRAPS and armed APCS throughout the country might indicate that…

Posted on December 29, 2013 by PlanetPrisoner

mainstream attitudes toward American Indians. His recordings contained songs entitled, “Nuclear World”, “Paha Sapa”, “Wounded Knee Set Us Free”, “Chief Joseph”, “Consipiracy To Be Free” and more. These recordings preserve the life and legacy of Russell Means through music and spoken word and are a reminder of his courage, inspiration and teachings now left behind for us.

His wife Pearl Means will be present to receive the Hall of Fame Induction. A musical

tribute, accompanied by images of Means throughout his life, will be performed by Native American Music Award winner CC Murdock. CC Murdock, who won Best Country Recording in 2011, will be performing the song, Go Rest High On That Mountain. During his final journey, the ashes of Russell Means were spread at Yellow Thunder Camp in the Black Hills.

Copies of Russell Means’ CD recordings will be available at the 14th Annual Native American Music Awards and at: http://www.russellmeans.com